‘The Madman & The Nun’ Reviews 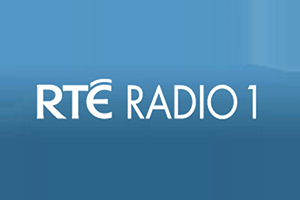 “From pre production right through to final performance, Enigma were a joy to work with. Every step of the way the company worked with us to ensure ‘The Madman and The Nun’ was the sold out success that is was so much so that we are looking at other dates and other opportunities in which to grow the partnership between Enigma and ourselves. Enigma Theatre Company are professional to their finger tips.”

A young man is asleep in an asylum cell, heavily dosed with Morphine. He is visited by a Nun, who takes pity on him and spends time by his bed side. When she discovers he is a famous poet, she is reminded of her life before she entered the convent. There is a spark between…

Presented by Enigma Theatre The Madman and The Nun challenges the boundaries of reality and sanity by defying conventional theatrical and societal authorities.
Sister Anna, played by Niamh Large, and talented, yet deranged, poet Alexander Walpburg, played by Shane Robinson, are resident in a mental institution. Walpburg who is…

“Funny, complex and really interesting” @sineadgleeson ‘s verdict on surrealist play ‘The Madman and the Nun’ at @smockalley.

“Amongst several companies and projects throughout Ireland that explore the rich playwriting and theatrical traditions of Polish culture, Enigma Theatre (2013- ) produced Stanislaw Ignacy Witkiewicz’s canonical avant-garde drama The Madman and the Nun (1923). The play’s symbolic and absurdist qualities famously attracted Polish director Tadeusz Kantor, who re-invented the piece in 1963. Enigma Theatre staged a new version by Karolina Szemerda, who also co-directed, setting out with an intercultural agenda and working collaboratively with Irish and French performers, musicians and designers. As the play explored the individual’s fight for independence from societal demands, the aim was to relate this personal struggle to cultural alienation, unremitting change in the contemporary world, and conflicting desires to belong. Szemerda used Beckett’s theatre as ‘a bridge for our creative rehearsal process’ to connect non-Polish participants into an engagement with Witkiewicz’s work. Quoting Ann Bogart’s view that ‘culture is shared experience’, Szemerda came to see how ‘creativity can cultivate a sense of home’. Such an ideal for intercultural practice, that is deeply collaborative, interrogates identity and culture as actions and processes, open to change.”

Say Hello and drop us a line: